World insane at the point of horse fashion. We have ladies handbags, footwear with spurs, quilted vests and trousers a la breeches. View of stroller carrying proudly the tote bag adorned with bridle, not having a clue about the origin of their creations, every time cause asmile on my face. But all in all it does not strikes me at all, because I ultimately there is no situations, while paying at the checkout in equestrian breeches and knee socks everyone look at you like on a visitor from another part care of the universe and prophylactically stand in the next line.
Today pants a la breeches are already bread and butter and everyone wear them. There have so similar appearance to those equestrian that I find it hard to distinguish them.
Breeches are special, mainly when we have the favorites. By last two years I wore them practically 24/7, till makes, that putting on casual pants manifested me nearly a huge anxiety. In these beloved I was riding as passionately that a hole appear in one of theirs leg as huge as an apple and my husband in secret burned them in oven… I lamented as child and finally I bought next pair. 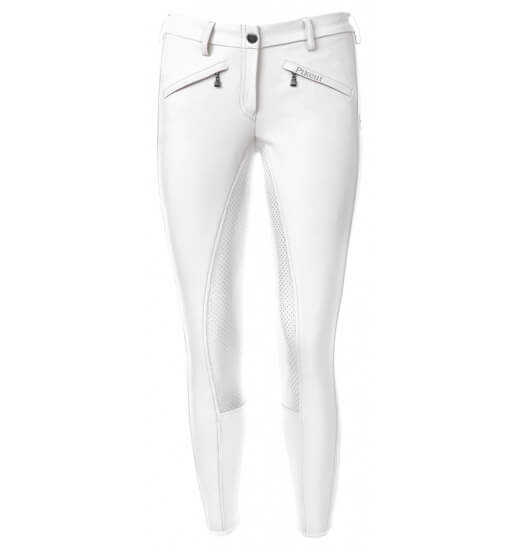 Combination of breeches and high riding boots is in turn perfect. If not an excessive concern about my riding boots, I wouldn’t for sure resign from such stylization never.
However I have to say, that riding in summer in the heat in this set do not include the nicest emotions in the world. Always we can replace boots with short boots and riding socks, but it’s not for me unfortunately.
I do not like to ride in equestrian socks. My dislike is large enough that annoys me when knee socks after the finished ride are wet and not so clean from the horse sweat.
However, I hope that I found a great solution of my problem. I’m talking about Jodhpurs, but not classic one, but these with a slightly wider legs and flexible foot. I have to say that as the element of riding outfit in truth I like it and they look convenient to use.
And there must besomething in it, because I have already seen a several Polish riders in such training edition I have to ask with the nearest chance. Nevertheless a small popularity of this cut of riding trousers, do not allows for too much choice taking into account producer and available designs.
The other way I think that selected models equestrian breeches are so cool that successfully could work as a everyday wear. Why buy something which looks as breeches, if they can be used, which we already have.